3.5Gs of crushing pressure exerted itself on the bodies and organs of the two astronauts geared up in their orange flight suits and locked into takeoff position inside the compact Wyvern spacecraft atop the rapidly ascending rocket. These two veterans of space-flight were used to these conditions. What they were not used to was the dangerous rescue mission they were embarking on—one that had never been attempted before…

Mars Journey: Call to Action Book 1 is the first book in the Amazon bestselling  epic science fiction thriller series set in the near future:

Brent Carlson, a brilliant but disgraced former astronaut, embarks on a modern day quest to gather and train the crew of the first international mission to Mars. Meanwhile, the power hungry billionaire CEO of a massive global technology conglomerate has launched a bid to reach Mars first and claim the red planet as corporate property.

The Mars Journey series delves into the science, technology, drive, and determination of the human spirit to come together to overcome our greatest challenges, explore space, and become the first humans to colonize the Red Planet. 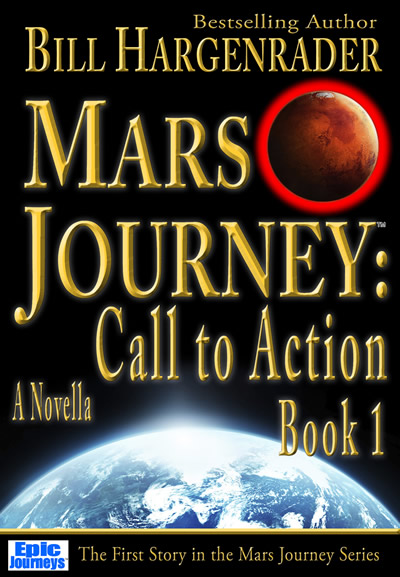 See on Amazon
Get Your Free Copy 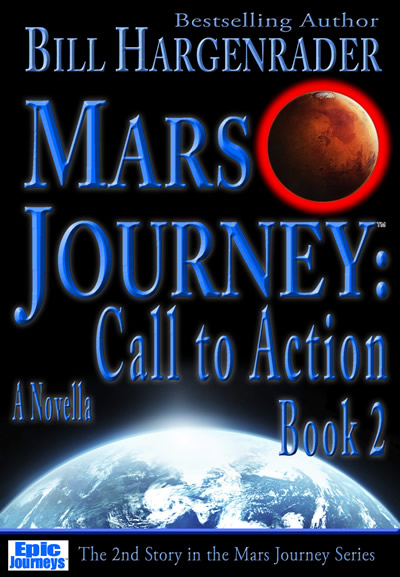 See on Amazon
Limited Time Offer: Get Book 1 and 2 FREE

“This is a well written tome. A lot of ground is covered – presumably laying out the foundations of more to come, but the background is laid , whilst the interest is still maintained by the foreground actions. You end up quite surprised to come to the end of the book, not because it is short, but because your interest is captured early, and maintained throughout.”

“This is the second book in a series which should be read not just by science fiction fans, but by anyone who wonders why we would ever want to go to space. The reasons for going to Mars, and the vital importance of this mission to all of humanity, are the main themes of this series, which is at once an adventure story, a mystery, and a political thriller, as well as very realistic speculative fiction about the near future.”

“Enjoyed the third installment of this exciting series! All about the adventures and obstacles along the way on the very challenging project of getting to Mars! Not just for the sci fi fans, this is a great, fast read for all who like a good story that combines genres to include suspense and humor. You’re sure to be looking forward to Book 4!”

“Book 2 completely grabbed me. Lots of pieces of the total puzzle are being set up. Looking forward to the story continuing in Book 3!”

“Bill did it again!! I started to read while on break and could not stop. Good thing the power went out so we could not work anyway. Wonder how he arranged that? Sure looking forward to the next book in this series as he gets a lot of action into a small book…”

“Just finished Book Three and now I’m desperate for Book Four!
This is turning out to be an utterly fantastic and such a powerful series.”

Get Your Free Copy